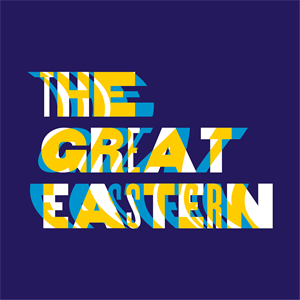 All The Great Eastern performances

432 Presents in association with NEHH and The Queen’s Hall

A Festival of Musical Exploration + Discovery

(and many more acts to be announced!)

The latest venture from promoters 432 Presents, in association with Summerhall/Nothing Ever Happens Here and The Queen’s Hall, this newly-announced event follows on from the success of The Great Western Festival, which debuted in Glasgow’s West End in November last year.

Continuing in the spirit of The Great Western’s theme of musical exploration and discovery, The Great Eastern will host over 40 acts across a variety of unique spaces in the capital - including several rooms in Summerhall as well as The Queen’s Hall and King’s Hall.

Among the first batch of exciting and innovative artists announced for the festival is Bristol trio Beak> featuring Portishead’s Geoff Barrow.

The group’s compelling mix of Krautrock/John Carpenter-inspired spookiness is intoxicating, and they were one of the highlights at Doune the Rabbit Hole last summer, before blowing away their biggest Scottish crowd to date at the QMU in December.

Joining them will be Glasgow electro-spiritual power couple Free Love, who will be bringing their extraterrestrial synth salutations back to the capital for a stunning spring celebration.

The Great Eastern will also see the return of newly-recovered London post-punks Warmduscher, who sadly were forced to pull out of last year’s Great Western due to singer Clams Baker Jnr. breaking his arm, but are now fighting fit and ready for action!

More news to come, and many more acts to be announced shortly - so keep ‘em peeled!

* Line up is subject to change